These Flourless Zucchini Brownies are so fudgy and rich, loaded with chocolate chips plus zucchini which makes them extra moist!

Occasionally I share lightened up dessert recipes here. Making desserts light is a challenge, so when it works I’m thrilled! These brownies are so incredibly rich and fudgy you won’t believe there’s no oil or butter added. And, since they are made with ground almond meal instead of flour, they also happen to be gluten-free. For some more lightened brownie recipes, try my PB2 Flourless Chocolate Brownies and Flourless Black Bean Brownies. 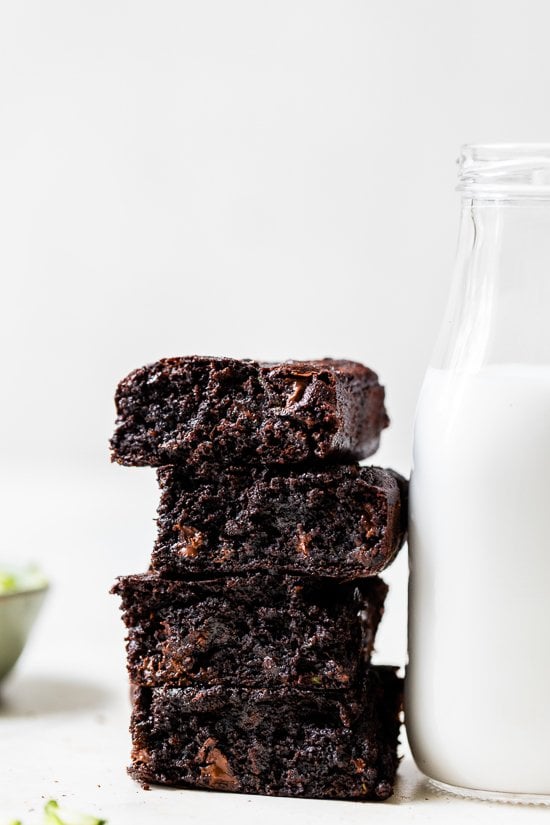 Zucchini is in season in the summer, so I like to take advantage and cook with it often. It’s not only great in savory recipes but also in sweet ones. The liquid in the zucchini keeps the brownies moist so that you won’t miss the butter or oil. To guarantee soft, fudgy brownies, don’t squeeze out the liquid. You can see all my zucchini recipes here!

These zucchini brownies with no flour use almond meal instead for some extra nutrition. Almond meal is made from unpeeled almonds. It has a courser texture than almond flour, which uses blanched almonds without skins. Almonds are full of protein, fiber, vitamin E, and magnesium.

And to sweeten them, I used raw honey which also has tons of healthy benefits.

How do you make healthy brownies from scratch?

Healthy brownies are easy to make from scratch. Don’t let the zucchini fool you – once you grate it, the recipe’s steps are similar to a traditional brownie recipe. To up the health factor I swapped white flour for almond flour which high in protein, manganese, vitamin E and monounsaturated fats, low in carbohydrates, and contains fiber. It’s also perfect for gluten-free diets. I also subbed refined white sugar with raw honey and added just enough to make them sweet without adding too much. 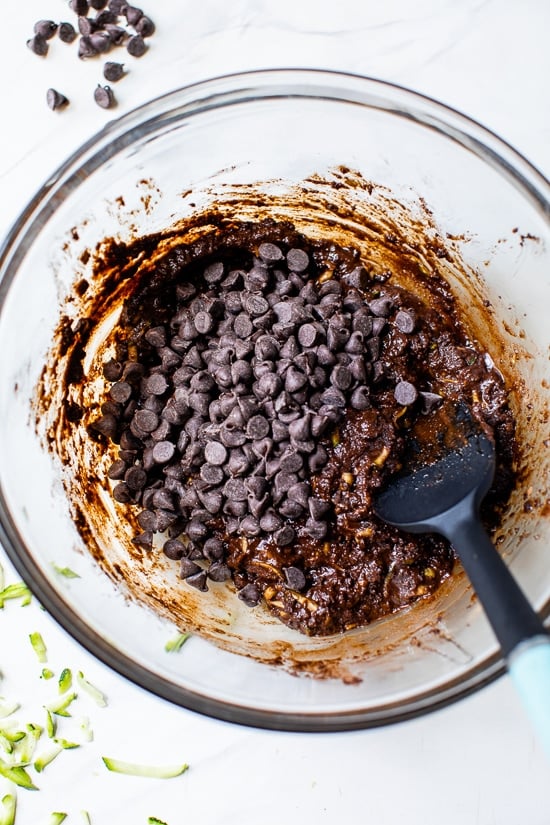 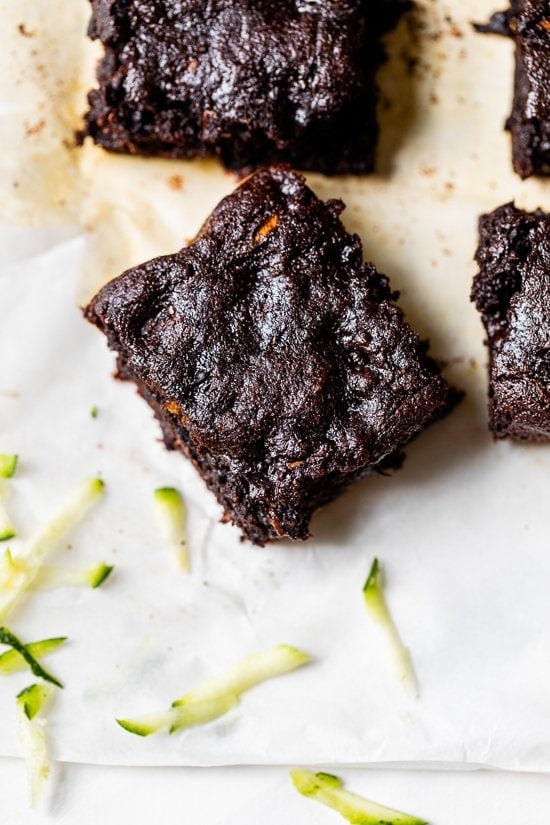 These Flourless Zucchini Brownies are so fudgy and rich, loaded with chocolate chips plus zucchini which makes them extra moist!

Note: If using an 8 x 8 inch baking pan, you will need to cook the brownies a little longer.

Get new free recipes and exclusive content delivered right to your inbox:

Yummy On A Budget